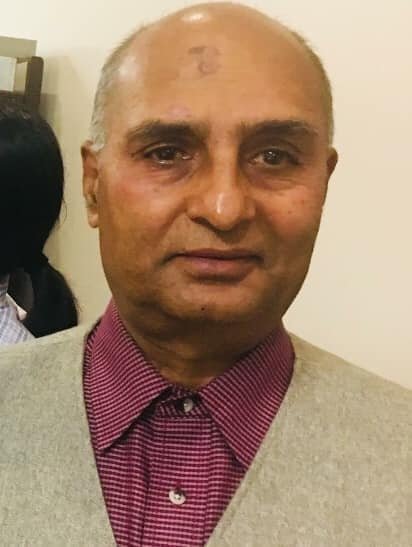 Many rational good conscientious people involved in ecology movement have found inspiration and valuable parallels within the Buddhist tradition and, as it appears, many Buddhists themselves have begun to draw out the ecological implications of their tradition. The fundamental Buddhist teachings around interrelatedness (interconnectedness), non-violence, empathy, compassion, and conditionality all contribute to both practice and understanding that augments and honors the ecological paradigms now arising.

As the Buddhist scholar Donald Swearer states “many Buddhist practitioners have found in one of the central ideas of Buddhism – the principle of interdependence – an ecological vision that integrates all aspects of the ecosphere—particular individuals and general species—in terms of the principle of mutual co-dependence. Within this cosmological model individual entities are by their very nature relational, thereby undermining the autonomous self over against the “other” be it human, animal, or vegetable.”

According to the concept of Dharma (Buddhist teachings), all things are interconnected. There is nothing in existence which exists as a separate and isolated entity. Things only exist in connection and relationship with other things. The idea of the interconnectedness of all things has been fully expressed in the Hua-yen Schools of Chinese Buddhism. In the Avatamsaka Sutra, an important Buddhist text central to Hua-yen School, one finds a symbolic representation of reality in the image of Indra’s Net, a powerful metaphor used for the description of interconnected web of all things and phenomenon in nature. A three-dimensional net filling the whole of space consisting of multifaceted nodes of jewel at the juncture of every thread. When one takes a closer look at one of these infinite jewels, one can see that in each facet of the jewel, there is a reflection of each and every other jewel in the infinite network.  As the light sparkles and glimmers in one jewel, that light change is reflected in each and every other jewel, and that change in each jewel is reflected again throughout the entirety of space.

It is an attempt to convey the realization that all phenomenon, all things, all beings, are intimately related to each other, intimately interconnected affecting each other. We are profoundly connected to a web of life and complex social relationships stretching across the Earth, the planetary ecosystem. We must not only profoundly appreciate our own interconnectedness and the intimate relations which exist between us and the rest of things in the planetary ecosystem but also consciously and mindfully protect and preserve this wonderful web of interconnectedness that has resulted from millions years of the evolutionary process. Simple question to ask is how can we (Homo sapiens) survive if this web of interconnectedness is destroyed irreparably? What would be the greater tribute to Buddha than practicing Eco-Dharma? 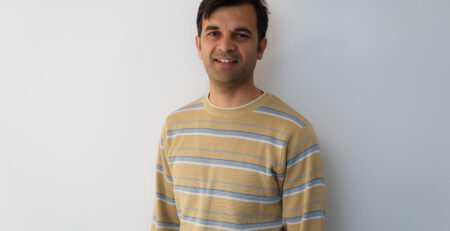 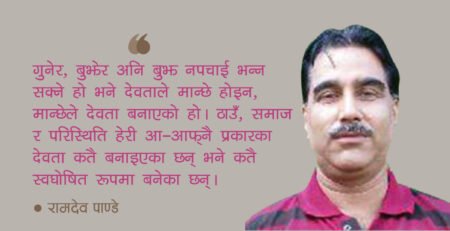 Interaction On ‘Secularism: Implementation and Challenges’ 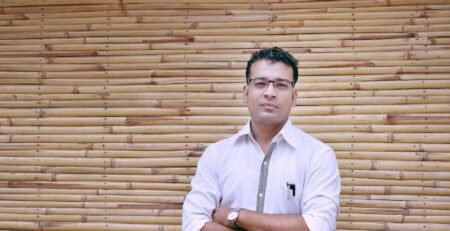 Uttam Niraula What is witchcraft? Working in the Social sector for long time as a human right activist has caught me by surprise about...